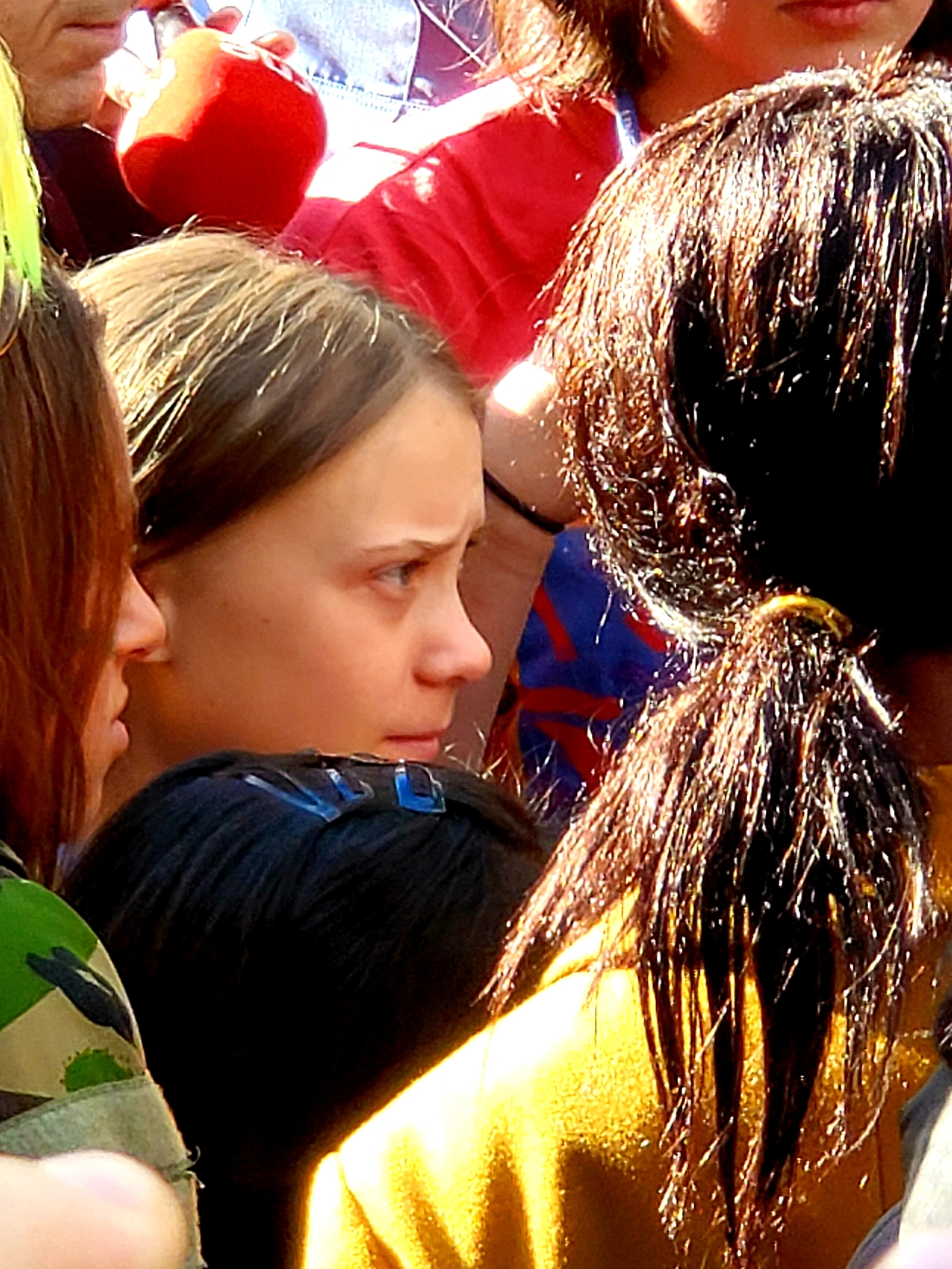 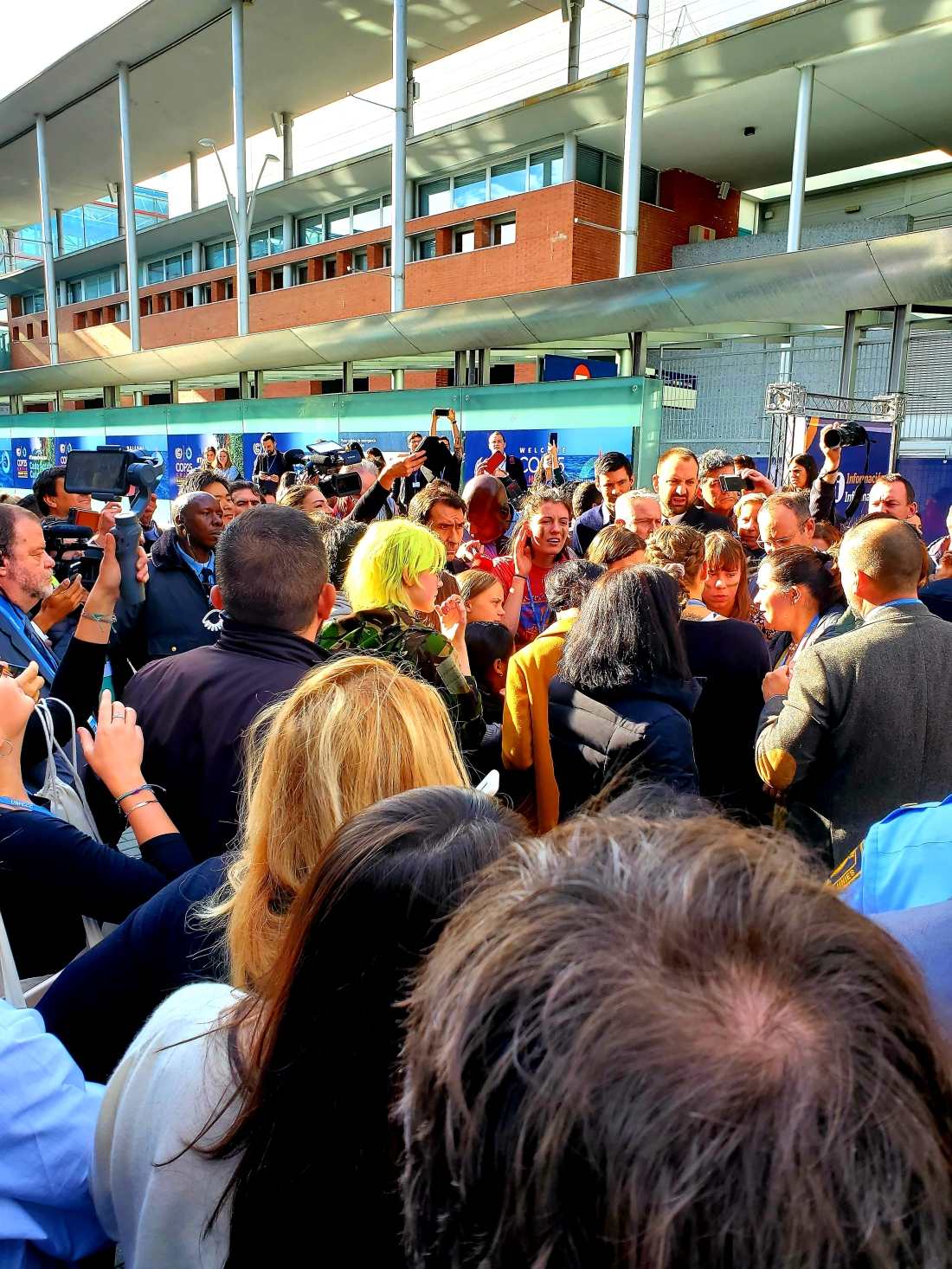 n 2019, Greta Thunberg went from holding small climate strikes in front of the Swedish Parliament building to being named “Time Magazine’s Person of the Year” for mobilizing millions of activists all around the world. With her small stature and signature braids, she embodies the innocence of childhood, but don’t let her looks fool you. When Greta talks, her laser focus on the climate crisis that is threatening her future and her ability to lay blame directly at the feet of the wealthy adults in power is masterful. Her voice has captured the world’s imagination because bravery is universally applauded and the dismissive political labels slapped on adults who speak out don’t apply to her. Greta proves that no one is too small to speak truth to power, and her example is empowering kids and adults all over the globe to stand up for what they care about — a livable, safe future.

Greta was a kid who learned about climate science in school, got so depressed that she stopped eating, and convinced her parents to stop flying and eating meat. Even though they didn’t support her missing school, they allowed her to strike for climate because it was helping her depression to get involved. Her father says that action saved her from despair, and now she laughs and is able to be a normal teen because she is working to solve the problem instead of just feeling helpless on the sidelines.

Greta says, “Our house is on fire. Now is not the time to speak politely.” Social norms hold most of us back from speaking the truth because we don’t want to feel uncomfortable, but Aspergers allows Greta to see the world in black and white. She says that this condition is her super power because it frees her from the social rules the rest of us live by. At this point, the world was hungry for some blunt talk.

Last December I attended the COP25 U.N. Climate Conference in Madrid, and I was excited to hear that Greta arrived after crossing the Atlantic by boat to avoid flying. I was attending the conference as a Christian Observer and heard that she was part of a youth demonstration in the main hall, but just as I arrived, it ended. What happened next made it clear that she was not being managed at these events by adults as has been suggested in the media. Greta and her young climate activist friends were trying to leave the area, but were mobbed by photographers and others who were hoping to get a glimpse of her. She was trapped, and her friends circled her to keep her safe. I remember seeing her small face peering out of a sea of humanity, looking scared. As a mom, I wanted to break it up and get her out of there, but there was no way to penetrate the crowd. The entire group started moving together, making its way across the exhibit hall, moving in tandem, but no one would step aside and let Greta leave. After about ten minutes, the mass of people made its way to the courtyard into the cold morning air, and we all just stood there, silent. I wanted to yell out “Leave her alone!” or “We love you Greta!” but it was all so surreal and I couldn’t find my voice. Finally some police came to break up the hold the paparazzi had over the group, and Greta was able to make her escape. At that moment I realized the sacrifice she makes every time she goes out in public, even at a U.N. conference, and how she has traded in her safety and childhood for the chance to make a difference. That evening I joined in the climate march alongside 500,000 people who were cheering and dancing our way through downtown Madrid, all wanting to see Greta on the main-stage at the end, and I hoped she was safe.

Greta has inspired kids and adults all over the world to get outside our comfort zones and use our voices to demand change. Jane Fonda, who just turned 82, said Greta inspired her to move to Washington D.C. and start #FireDrillFridays where she was arrested multiple times for protesting the government’s lack of climate action. Many of her celebrity friends joined her in this action, and it got me thinking. If we have the young folks and older folks protesting every week on Friday, where are all the people in the middle?

What if 2020 is the year the adults show up on Fridays and strike for climate action? We all have a reason to want to preserve the planet. The bigger your carbon footprint, the bigger your moral duty. The bigger your platform, the bigger your responsibility. We already have the solutions to solve the climate crisis, and all we lack is the political will so our leaders will finally act.

Let’s make 2020 the year that the adults ended our apathy and made our kids proud, and let them go back to being kids. Resolve to take the first step and show up on Fridays. Be on the right side of history and maybe the simple action of striking on Fridays just might change the world.

I'm a Mom on a mission to #talkaboutclimate, protect God's earth, and love on people. I serve my community as a Leon Soil & Water Conservation District Supervisor, and my Creation Care calling as the Florida United Methodist Church Creation Care Task Team Chair, Tallahassee Green Faith Alliance organizer, and Saint Paul's UMC Creation Care Ministry leader. Writing, community organizing, and publicity are my passions and I feel blessed for the opportunity to work every day (pro-bono) to increase awareness about being good stewards of creation, and increasing political will for climate action. I'm also a novice gardener and baker, a proud Mom, a happy wife, and a huge animal lover. As a native Floridian, there is no place I'd rather be than at the beach, spring or river, or hiking in the woods. These places are sacred to me and this feeling fuels my passion to protect them. View all posts by Cara Fleischer